Pastor Glen Hieb is a native of Roscoe, South Dakota. He grew up on the farm, the oldest son of Robert and Delores Hieb. He attended public school in Roscoe and was baptized and confirmed at St. Paul’s Lutheran Church in Roscoe, SD (WELS). For High School he attended Northwestern Lutheran Academy in Mobridge, SD graduating from there in 1972. To prepare for the ministry, he went to Northwestern College in Watertown, Wisconsin. He graduated with a B.S. in Liberal Arts in 1976. Wisconsin Lutheran Seminary in Mequon, WI is where he received his final training for the ministry in the Wisconsin Evangelical Lutheran Synod. During the Seminary years he spent one year as a vicar at Good Shepherd Ev. Lutheran Church in Benten Harbor, MI. After graduating from the Seminary in May of 1980, he was called to serve as pastor at St. John’s Ev. Lutheran Church in Dowagiac, MI where he served six years. In 1986 he received a call to serve as one of the missionaries in Japan. He served in Japan from 1986-2006. While in Japan he served as Mission Coordinator and was also elected President of the LECC, that is, the Lutheran Ev. Christian Church, our sister church in Japan. Pastor Hieb and his family returned to the States in 2006 after accepting a call to Our Savior Ev. Lutheran Church in Strongsville, Ohio. Besides pastor at Our Savior, he still preaches and teaches in Japanese at Immanuel Lutheran Church in Findlay, OH. Pastor Hieb has also received a call to serve as circuit pastor in the Northeast Ohio Circuit of the Ohio Conference in the Michigan District of the WELS.

Pastor Hieb is married to Jackie Lynn (Enstad). Jackie is from St. Paul Park, MN. After graduating from Martin Luther Academy in 1972 and Dr. Martin Luther College in New Ulm, MN in 1976, she received a call to teach in Portland, Oregon. After teaching grades K-4 for four years she married Glen Hieb and moved to Michigan after a June 21, wedding in 1980.

The Lord has blessed Pastor Hieb and Jackie with seven children. They are Angela, a graduate of MLC and now an ex-teacher (married to Pastor Jeff Enderle of Carlsbad, CA with two children, Isaac and Quincy), Jared, a graduate of the Air Force Academy who is a pilot in the Air Force now, flying C-17s out of McGuire Air Force Base in New Jersey, Carrie, a graduate of MLC and now an ex-teacher living in Milwaukee (married to Teacher Jon Schaefer with one child, Miriam), Jesse a graduate of WLC, living and working in the social services area in Milwaukee, Kate Lynn, who graduated from MLC and lives and teaches in Dural, FL at one of our WELS schools, Tessa, a senior at MLC and Justin, a Senior at LPS in Watertown, WI.

Praise God from whom all blessings flow! 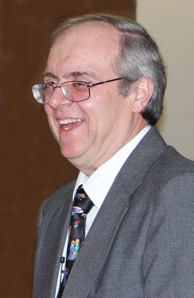